Castelia City is a huge city in southern Unova with countless skyscrapers piercing the clouds, several piers which contain many boats, and also has the region's third Gym.

As you might expect from such an expansive city, there are many areas to explore, with notable buildings including the Battle Company, GAME FREAK, and the Casteliacone stall. When you travel through Castelia City, the camera will zoom in and out, and when you leave, the camera will show you Castelia City from a distance.

The boats docked here can take you to areas otherwise inaccessible. 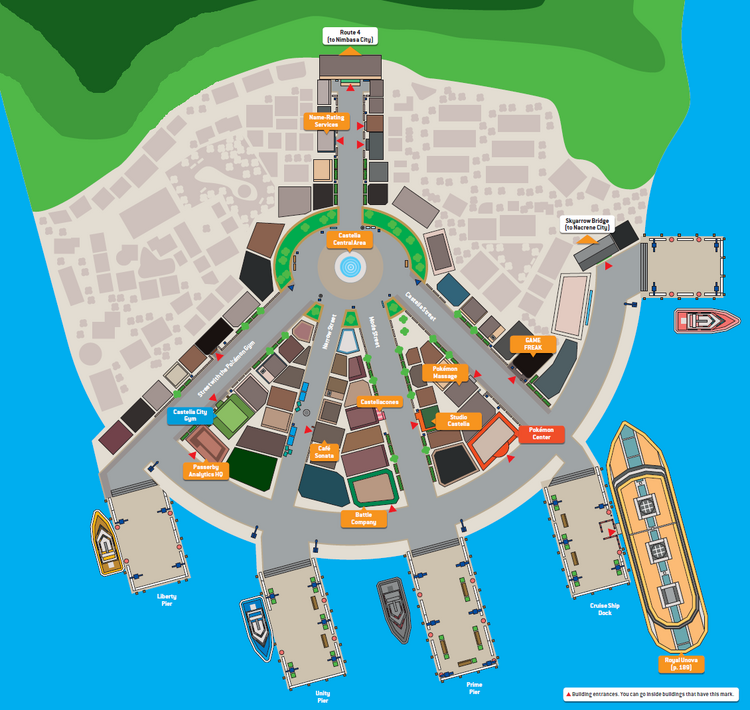 Castelia City has a population of 127 which makes it the third most populous city in the Pokémon World.